Mónica Nepote was born in Guadalajara, Jalisco, in 1970.

She studied Spanish-American literature at the University of Guadalajara.

For a number of years she worked as head news editor for Channel 22 television, where she later wrote the visual arts portion of the telemagazine “Luz verde” on the same channel.

She has twice won the National Fund Award for Culture and Art in the area of poetry. In 2002 she received the Efraín Huerta National Poetry Prize offered by the state of Tamaulipas. She lives in Mexico City, where she teaches poetry workshops and works as a freelance writer and art critic.

Translations of her poems into English have been published in the online version of Exquisite Corpse, and in the journals Bitter Oleander and Rhizome, as well as in the anthology Sin puertas visibles: An Anthology of Contemporary Poetry by Mexican Women (ed. and trans. Jen Hofer, University of Pittsburgh Press, 2003).

Events in Mexican history around the time of the publication of Trazos de noche herida (1993), Nepote's first book: 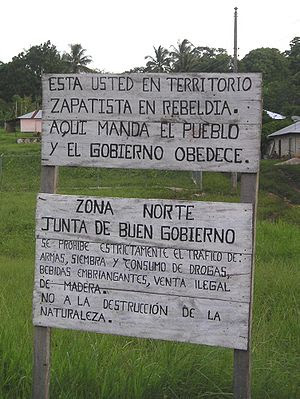 Several studies have concluded that NAFTA has destroyed hundreds of thousands of agricultural jobs in Mexico. An influx of imports has lowered the prices for Mexican corn by more than 70% since 1994. As a result, of the the 15 million Mexicans who depend on the crop, many can no longer afford basic health care and the labor demanded of them has been increased. NAFTA has been criticized for allowing US agricultural subsidies to artificially depress corn prices. In 2000 alone, U.S. government subsidies to the corn sector totaled $10.1 billion, a figure ten times greater than the total Mexican agricultural budget that year.

Other studies reject NAFTA as the force responsible for depressing the incomes of poor corn farmers, citing the trend's existence more than a decade before NAFTA's existence, an increase in maize production after NAFTA went into effect in 1994, and the lack of a measurable impact on the price of Mexican corn due to subsidized corn coming into Mexico from the U.S., though they agree that the destruction of U.S. agricultural subsidies would aid Mexican farmers.

Swathed in light, she turns red. She arrived with an inhospitable sea, singing that fortune nests in each bone. She wears a squid on her ankle and walks leaving a trail of stars.

A kiss escapes her, arrives at the mouth of a patron. She laughs, shakes butterflies from her body. A pair of eyes hits the glass that traps the air, that puts out the fire before it burns below the cavern.

His brown skin darkens, taken aback by the mirror of her song. The sailor set her free among toy snails. She perfumed his ear with the salt of her saliva.

This medusa has curled the histories. Cast nets around the veins of, tied up the loose ends of, the master of this cavern; returned to the moon as a page from her logbook, an accomplice to the abundant color of her mouth.

She keeps watch among the sails. Chooses. Trains her gaze on the west. The compass that traveled through her chest made her mother of men. Called her daughter of its cry.

A definition of magical realism.
Posted by becca at 9:59 PM No comments:

Let's speak of September in exile

Let’s speak of September in exile:
of a few days preserved in ink
of so many splintered afternoons
of the calm and of the eyes.

Let’s speak of knowing ourselves as parts of a
machine
inexact and hasty;
of processed forgetfulness.

Let’s speak so we don’t ignore the sunlight that filters
onto everyone’s skin;
of the indiscreet hieroglyph
that forms us out of the same calendar.
Posted by becca at 9:25 PM No comments:

The rain returns
to touch the sidewalk
with the feel of a solitary woman.

The ballerina
of the walls
shudders with a limpid moan.

We the deaf
Live in lukewarm bodies.

In desolate
rebellion
we open the window.
Posted by becca at 9:23 PM No comments:

Estocolmo (This is the Last Straw)

from the collaboration project PERSONAE

THIS IS THE LAST STRAW
Mónica Nepote, trans. Becca Klaver

My face contains the mark of your closed fist,
a bruise stamp.
Perfect harmony,
contained sobs,
rabid hearts.
I think of us like this:
divine, in mourning,
entrenched in our own time
bombs.
Submission,
bolts.
I’m blind, a broken statue.
If a decadent god filmed us
until the end of the world
I would be here
red and tied
before my handsome hangman.
Posted by becca at 7:44 PM No comments: